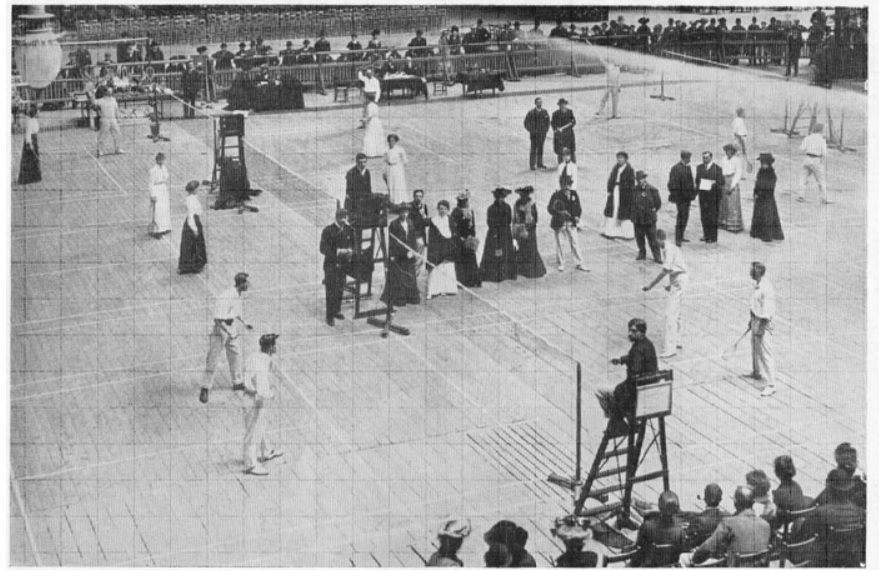 We all love badminton, it’s such an exciting, addictive, and fun sport. With only 2 rackets, 1 shuttlecock, and a good friend, you can easily spend a great afternoon together exercising. In this article, we are going to talk about the brief history of Badminton so you get to know this lovely sport better.

Brief History of Badminton – What is Badminton?

Badminton is one of the racquet sports requiring players to hit a shuttlecock across a net with a racket inside a badminton court. Generally, it comes in 2 forms:

You can play badminton in both indoor or outdoor environments, however, most of the world-class competitions are held in an indoor area because they want to reduce the influence caused by external factors such as wind and lights to the minimum level.

Badminton could be traced back to more than 2000 years ago to the ancient game called battledore (bat or paddle) and shuttlecock (also called “bird” or “birdie”), similar games were played for centuries across Eurasia countries such as Greece, Egypt, China, India, and Japan.

From the 1600s, battledore and shuttlecock was just a game involving 2 persons hitting a shuttlecock towards each other as many times as possible before it hit the ground and it used to be an upper-class game in Europe, including England.

Nowadays, You can still find a similar game in Japan which is called Hanetsuki, it’s a very popular new year’s game involving a wooden paddle called hagoita and a shuttle called hane.

According to “A Brief History of Badminton from 1870 to 1949” written by Betty Uber, modern badminton was created by British military officers by around 1850s in British India, at that time, a net was added to the game and because it was very popular in the garrison town of Poona, the game was known as Poona.

During that period, when the weather is windy and wet, instead of a shuttlecock, a woolen ball was preferred by the upper class and hence invented “Ball badminton”.

By around 1870s, Retired British army officers brought the game back to England from India and it became a very popular sport. In 1873 the Duke of Beaufort introduced the sport at his country estate, “Badminton House” in Gloucestershire, since then this sport was called Badminton.

In 1875, a badminton club in Folkestone, England was started by retired officers from British India.

On 13 September 1893, the Badminton Association of England published the first set of rules similar to the modern rules that were published in a house called “Dunbar” at Six Waverley Grove, Portsmouth, England. By 1899, they started the first badminton competition in the world, “All England Open Badminton Championships”.

By 1934, the International Badminton Federation (IBF, now known as the Badminton World Federation) was formed with England, Scotland, Wales, Canada, Denmark, France, Ireland, New Zealand, and the Netherlands as the founding members.

By 1948, the International Badminton Federation launched the first tournament: Thomas Cup (World Men’s Team Championships). Since then, more world-class events have been launched such as:

By 1972, Badminton became a demo sport at the Munich Olympics and became an official Olympic Sport at the 1992 Barcelona Olympics. At that time, only singles and doubles were listed.

By 1996, Mixed Doubles was included in the Atlanta Olympic Games, til now, Badminton is still the only sport with mixed doubles events in the Olympics.

These countries have won the gold medals at the Olympics since 1992 to 2020: Indonesia, Denmark, China, South Korea, Japan, and Spain.

Where to Learn More about the History of Badminton?

The National Badminton Museum is a great place to visit if you want to know more about Badminton History.

I was impressed by how modern technology changed our lives! Everything we are using now (rackets, shuttlecocks, shoes, pants, dresses, socks…) is so different than the old days, I just couldn’t imagine myself wearing these clothes to play at all.

It is located in The home of English Badminton, the National Badminton Centre in the UK. Here are the details if you wish to know more:

If you want to learn more about badminton, I highly recommend you to read my other articles: “Fun Facts about Badminton” and “Badminton Rules – How to Score and Regulations“

To enjoy a standard game of Badminton, you will need:

Who invented the game of badminton?

Badminton was invented in a British India version called Poona, British army officers learned the game by around 1870 and they bought it back to England with them. Badminton was named Badminton because the Duke of Beaufort introduced this sport at his country estate located in Gloucestershire which is called “Badminton House” in 1873.

What is the original name of badminton?

The original name of badminton was called “Battledore and shuttlecock”, and you can find similar games in ancient Greece and Egypt. It used to be a game that could have multiple players involved, and each of them will hit a shuttlecock with feathers with rackets.

By 18 century, since a similar game had become very popular in the Poona version in British India, it was also named Poona before it was called badminton.

Why is badminton called badminton?

Badminton was called badminton because it was officially introduced to England in the “Badminton House”, a country estate owned by the Duke of Beaufort in Gloucestershire by 1873. Since then, Badminton was named “Badminton” instead of “Poona” and “Battledore and Shuttlecock”.

Where did modern badminton start?

Modern Badminton started in Gloucestershire of England by 1873 since Duke of Beaufort introduced this sport to his friends. By 1875, the first badminton club was started in Folkestone, England.

J. H. E. Hart standardized the rules of badminton and by 1893, the first set of rules similar to modern badminton was published by the Badminton Association of England.

Badminton’s roots are tied to similar games named “Battledore and Shuttlecock”, which could be traced back to over 2000 years ago, in ancient Greece and Egypt.

I hope you find the above information useful for you to understand this amazing flying sport. If you have more to add please kindly send me a message or leave a comment!!! Cheers!!!