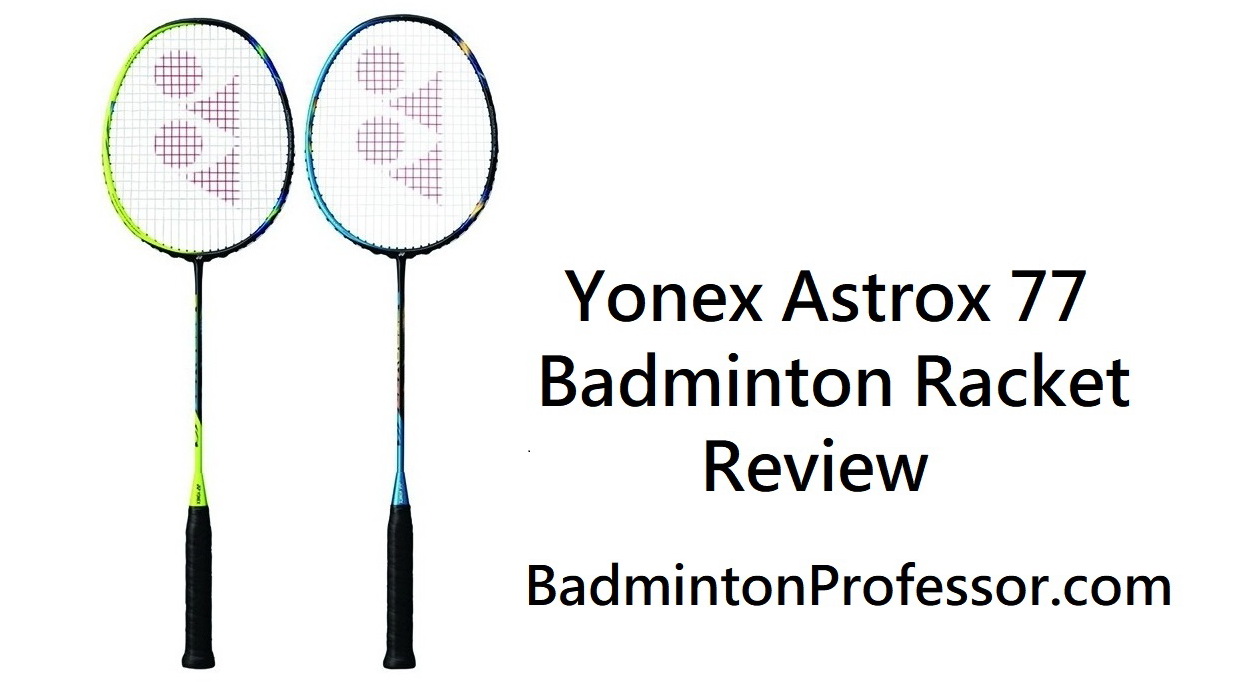 Yonex Astrox 77 is the best racket with a grip that is very comfortable to use for all level players, from beginners, intermediate to advanced level players. This racket is also the best recommendation for offensive players who need more speed and dive smash for attacking from the all area court.

· The bounce when defending is less than optimal

Yonex Astrox 77 is the best option for your attacking style that dominates the game from all areas. Most world-class players who are using Astrox 77 are players with a high cruising range.

This technology applied in Astrox 77 would increase the distribution of weight to the grip end, frame top, and the joint for maximum control. Succeeding to the next shot can be performed smoothly and support the offensive game.

With Isometric technology, the sweet spot generated from this racket feels bigger compared to the racket with previous technology. Control also can be maximized so that it supports high-intensity attacking games.

The shaft of the Yonex Astrox 77 is made with H.M. Graphite + Namd, a Revolutionary material, which makes the shaft more flexible and easy to swing.

First released in 2017, Yonex Astrox 77 immediately stole the attention of the world badminton public because it was the first Yonex racket series to embed the number “7” in its name.

Astrox 77 is specially designed for players with an intensive and dominant attacking style in all areas of play. Smash is more dive and accurate with good racket flexibility and superb aerodynamics. The control produced by this racket also feels solid. Shuttlecock placements can be more precise so that players feel confident when attacking from various areas.

Due to its easy-to-use character and medium racket flexibility, Yonex Astrox 77 has become a prima donna among world-class female players. One of them, the mixed doubles player from Hong Kong, Tse Ying Sue, is now ranked 10th in the world.

However, this racket is also capable when used by male players. In 2017, Indonesian men’s doubles player Marcus Gideon used the Astrox 77 as a mainstay racket when he won the Men Doubles Dubai BWF World SuperSeries Finals 2017.

Each badminton racket needs different string pulls, but it can be customized according to your needs. Badminton racket strings are generally counted in-lbs (average ranges from 20 to 30 lbs).

For intermediate and beginner players, we can recommend 24–26 lbs of string tension to boost more power and repulsion. Meanwhile, advanced players suggested using 26-29 lbs which gives them extra repulsion.

Professional badminton players usually use a tension of 30 lbs to get maximum output for their drives and smashes. That way, we recommend you to use the high string racket if you want dive smash. To optimize Astrox 77 features and playing comfort, I like to use 28 lbs strings and G5 on this racket.

The first impression I got when using the Astrox 77 was that this racket was very “friendly”. Astrox 77 is very easy to use by anyone, almost all player levels, advanced, intermediate, even beginners can easily adapt when using Astrox 77.

I can say that this racket is highly recommended for players with a wide range (front, center, and backcourt). Not only for doubles, but this Yonex Astrox 77 badminton racket is also very suitable for single players. Unfortunately, for defense, I don’t feel that this racket is not good.

After I used it, Yonex Astrox 77 supports attacking games with a fast tempo because this racket has a slim trunk with a racket head that is not too heavy. Smashes become more accurate and dive. A variety of other strokes are also very comfortable to do, such as drives and drop shots. The arms do not feel tired quickly.

The most challenging thing when I use Astrox 77 is defense. When receiving a smash from an opponent, this racket feels less powerful than a typical stiff racket like Duora Z-Strike. The racket needs a lot of adjustment when it comes to defending strokes to reach the desired level.

With a longer shaft, the racket swing feels more powerful during smashes and drives. Dropshot and play in front of the net area can also be controlled with a very comfortable grip.

Yonex Astrox 77 is the best racket that is suitable for everyone, even for beginners. A good option for you who want dominance at the all-area field and expect a sharpener smash to your opponent’s defense. It reminds me of Yonex ArcSaber 11, both rackets are pretty suitable for beginners.

However, you will need a high level of adjustment when defense. When receiving an attack from an opponent, this racket feels less powerful than a typical stiff racket. The power produced by the Yonex Astrox 77 feels different from using the Yonex Astrox 88D. Yonex Astrox 88D had a head heavy and great flex at the top of the frame that can send maximum power to the shuttlecock.

I do enjoy playing with Yonex Astrox but I do think the other rackets of the Astrox series provide a better experience. But hey, this is the first racket of the series, so its totally ok!