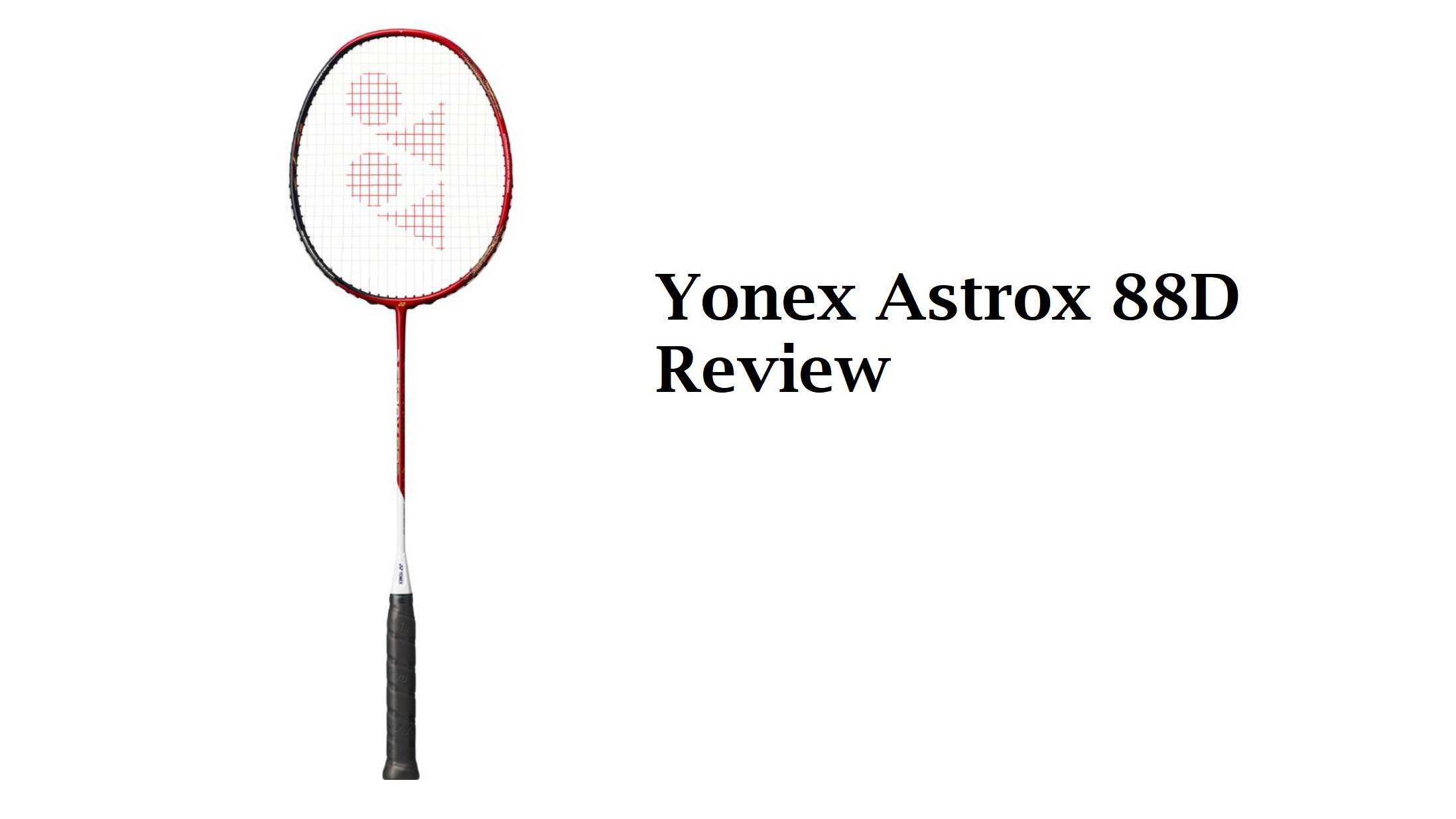 The application of rotational generator system technology in this Astrox 88D has enhanced the distribution of weight to the grip end, frame top, and the joint for maximum control. The transition to the next shot can be performed smoothly, with rapid succession.

In accordance with the initials D embedded in this racket which means “Dominate”, Yonex Astrox 88D is the best choice for players with a playing style that dominates the game. Although more suitable for doubles players in the backcourt section, this racket can also support single players who crave more power and better control.

This technology in this racket can help you to distribute weight to the grip end, frame top, and the joint for maximum control. Subsequent to the next shot can be performed smoothly and support the dominating game.

The square frame shape in this racket is designed to keep vertical strings the same length and help horizontal strings produce a ‘sweet spot’ that extends in all directions. The sweet spot is a combination of factors that produces the maximum response for the amount of effort given.

The shaft of the Yonex Astrox 88D is made with H.M. Graphite + Namd, a Revolutionary material, which makes the shaft more flexible and easy to swing.

Astrox 88S is specially designed for advanced players who want accuracy, dexterity, and a skilled net game feel. Therefore, the racket frame is made flexible which allows it to hold the shuttlecock longer for precise control.

Meanwhile, Yonex Astrox 88 D is suggested for advanced players who want dominance at the backcourt and expect more dangerous attacks to destroy the opponent’s defense.

Yonex Astrox 88D dominating characteristic is favored by world-class double players. Among them, two times All England champions and the world number one men’s double player from Indonesia, Marcus Gideon. Another world best doubles players who rely on Astrox 88D are Fajar Alfian, Keigo Sonoda, Yuki Fukushima, and Kim So Yeong. Meanwhile, from the single-player, there is the women’s singles from Canada, Michelle Li.

Each badminton racket needs different string pulls, but it can be customized according to your needs. Badminton racket strings are generally counted in-lbs (average ranges from 20 to 30 lbs).

For intermediate and beginner players, we can recommend 24–26 lbs of string tension to boost more power and repulsion. Meanwhile, advanced players suggested using 26-29 lbs which gives them extra repulsion.

Professional badminton players usually use a tension of 30 lbs to get maximum output for their drives and smashes. That way, we recommend you use the high-string racket if you want a powerful smash. To maximize the Astrox 88D feature and playing comfort, I like to use 29 lbs strings and G4 on this racket.

Honestly, the Astrox 88D racket is a good option for players who want better game control when playing in the backcourt because the technology and frame racket is not really stiff like the Voltric series. Check here for our Yonex Voltric Z Force II Review.

Besides, Astrox rackets are faster than the Voltric series making it easier to swing. However, some of the Voltric series, such as Voltric 77 have a medium flex and can be used for attacking players who have high maneuverability in all areas of the court.

I can feel more repulsion when I was using a Yonex Astrox 88D for smash and drives. I’ve read that Yonex Astrox 88D has more flexibility at the top of the frame. Probably this makes it able to send maximum power to the shuttle to break through the opponent’s defense.

At first, I thought it would be more difficult for the 88D to perform a nice drop shot because of the longer frame while comparing with Astrox 88S. Surprisingly, the Astrox 88D still delivers solid performance when it comes to dropping shots.

The Astrox 88D control which I feel is more robust when placing the shuttlecock near the net from the backcourt. With a few subtle touches, I can navigate the shuttlecock more easily.

I recommend you to try out a setting ranging from 4U of pull so the Yonex Astrox 88D gives the same confidence in a defensive position just like I did. I can turn my opponent’s sharp smash into a deadly counterattack.

With the best strings and grip settings suitable for you, I am pretty sure that you would be able to get a superb experience in defense position.

The toughest challenge when I use this racket is in the net area. I need more adjustments when playing in the net area (probably because this is a racket more suitable for players relying on their body strength). I have to spend some time to find the best feeling when placing the shuttlecock in the area near the opponent’s net.

Yes, Yonex Astrox 88D is not so maneuverable around the net because of the rather heavyweight.

As one of the thinnest rackets ever produced by Yonex, I can say Astrox 88D does a great job of reducing air resistance while providing maximum feel. But I suggest a high level of adjustment when using the Astrox 88D to improve playing in the net area.

Kento Momota is one of the top players using Astrox 88d.

Which is better Yonex or Carlton?

Both Yonex and Carlton are top badminton brands in the current market, I found Yonex rackets come with better durability and maneuverability. Since Yonex is more popular than Carlton and there are more options in the market. Generally speaking, I would say Yonex is better than Carlton.

However, some great Carlton rackets come with great balance and we do highly recommend them too.

I am very happy with Astrox 88D that we’ve picked Astrox 88D as one of the best badminton rackets for intermediate players, it is pretty heavy and powerful, and yet comes with decent details which makes it more forgiving. This is great because you don’t need to be very fit and strong to master it.

This is a fast racket, which means it is not so head-heavy. I would consider Astrox 88D as an all-round racket on the aggressive side.

I do recommend intermediate players who are pretty fit and would like to dominate at the backcourt to try out Yonex 88D then they are getting their 4th or 5th rackets.