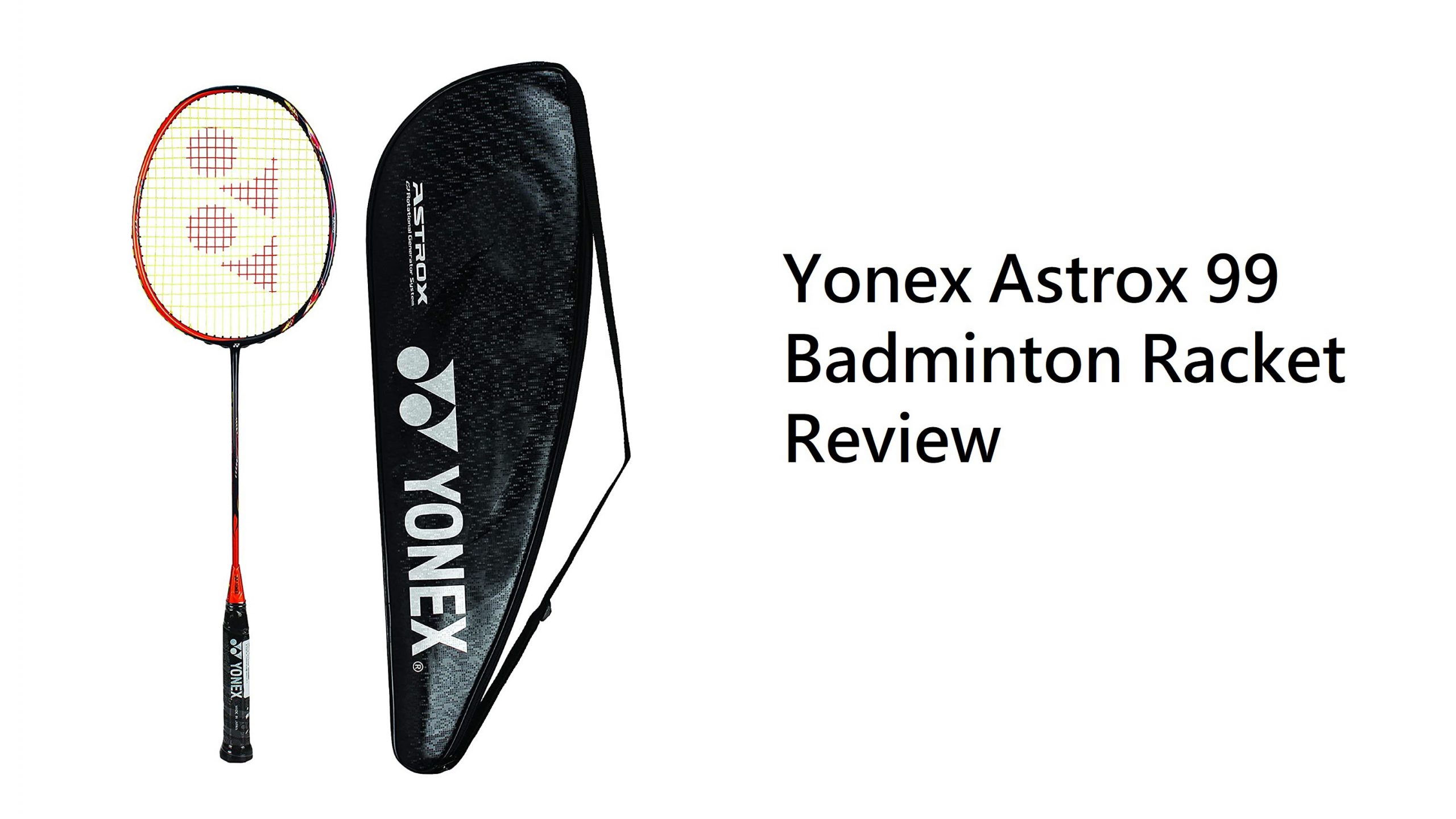 According to Yonex, Astrox 99 is a racket designed for “advanced players looking for increased shuttle hold for explosive smashes and relentless attacking”. Let’s see if this racket can perform what they advertise.

Astrox 99 Badminton is a stiff, head-heavy powerful racket suitable for advanced level players, it is a racket for you if you are strong, with proper technique, and after a steep attack. Smash is a killer!

What We Also Like about Yonex Astrox 99 Badminton Racket?

What We Don’t Like about Yonex Astrox 99 Badminton Racket?

After Yonex has launched the Astrox 88D and 88S in All Englands by March 2018, Yonex Astrox 99 was launched by September 2018 in Japan Open, originally this was a racket designed for world champion Lee Chong Wei, which implied it is probably a very aggressive racket.

There is no doubt that Yonex Astrox 99 is a head heavy racket, I would describe the balance in this way: the balance of 88D is more close to the shaft, while the balance of 99 is more around the center of the string bed.

Because of the pretty head-heavy design and the weight, do go for the 4U version first unless you are extremely fit and strong, or else you may hurt your wrist.

Using Astrox 99 for hitting clear was… crisp, nice, and comfortable. Easier than 88S but not as easy as 88D. Do bear in mind that this is a racket you need to be strong and skillful enough to master it so it can deliver a described performance.

I felt the reflex of the shafts when I swing the racket smoothly and quickly, which saves a lot of power since I can use the force generated by the racket.

Because of its stiffness and head heavy character, I would say this is a very responsible racket, in other words, unforgiving. Any delay or less accurate shots or reply could cause pretty ugly results.

Smash was just amazing! Solid, aggressive, steep, powerful! Just like you are smashing the shuttlecock with a 100 kg hammer. However, you do need a certain level of skills and body strength to master it.

I saw an intermediate level player was using Astrox 99 and heat at the end of the day went home with a wrist and arm in pain plus broken strings since he was trying to keep adding strength into his swings.

Drop shots performance was better than expected though, Astrox 99 is a bit slower than Astrox 88D but faster than 88S, can’t feel much about the “holding the shuttles longer” thing but most of the drop shots I hit during the test was excellent. So probably it helps!?

But yes, you do need a certain level of skills and technique to master Astrox 99 for delivering nice flat drives.

I found Astrox 99 is a good defensive racket, definitely not a slow racket as quite a bit of review mentioned. Probably just a bit slower than Arcsaber 11 and Astrox 88D. But consider this is a very aggressive racket, I would say the defense performance is much better than my expectation.

The net shot of Astrox 99, just like it’s defensive performance, is also out of my expectation. The sharp net kill is super solid and I loved it. If you are a responsive and skillful player, nice, clean push shots and flicks would be easy and powerful.

Yes, Yonex Astrox 99 could deliver nice, powerful, and crisp shots and smash. It also provides better than average netplay, defense, drives, and drop shots performance than most aggressive rackets. However, you do need to be fit, strong, and skillful enough to master this racket, or else it would be very unforgiving.

Yes, Astrox 99 is very head heavy and stiff. It feels like it’s even more head heavy than Astrox 88d. We felt that the balance of Astrox 99 is pretty close to the center of the string bed during our test.

When hitting clears, Astrox 99 delivers nice, crisp shots, better than 88S but not quite as easy as 88D. 99 just needed a little more work. There’s plenty of power, but you need good preparation and technique to get the most from this racket.

I love Astrox 99 as an aggressive, steep attack racket, right, this racket was designed for Lee Chong Wei, so it’s supposed to be great at smashing! I do feel that this is more of a racket designed for single players instead of double players.

Personally, I prefer the Astrox 88D because I am more a control type player. You will love this racket if you are an aggressive advanced player who is strong and skillful. For sure, Yonex Voltric Z Force II is also a great choice, too.

If you are planning to purchase some new gears, you may want to review my other articles regarding shoes, socks, and strings.